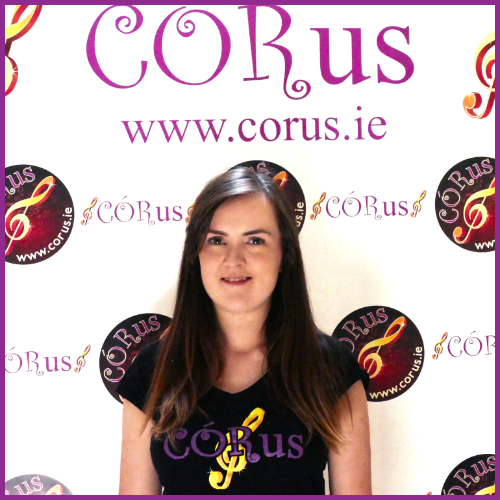 Méadhbh holds a B.Sc in Psychology and more recently has studied towards a H.Dip in Music Education, specialising in singing, for which she was awarded a first class honours. She has achieved her vocal grades through the Royal Irish Academy of Music.

Méadhbh has been singing and performing from a young age in a number of performing arts schools. Throughout her college years, Méadhbh was an active participant in multiple choral and dramatic groups. It was here that she discovered her passion for teaching and vocal direction. She ultimately went on to become the musical director of the DCU Glee Club for four years. Under her guidance, she moulded the group which then went on to perform at a professional level annually in The Helix, as well as at various corporate events. She has also performed in various musicals throughout her academic career.

Méadhbh has most recently established her own performing arts school where she teaches singing and performance skills to children, teens and adults. She also conducts summer camps through Irish to promote the language through the use of music. Méadhbh is passionate about music teaching and is looking forward to working with the Balbriggan Córus class.