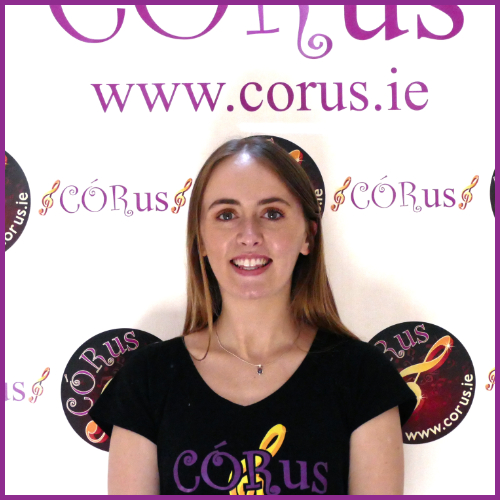 Niamh’s passion for music began at a young age. She was involved in a number of music schools where she trained as a classical violinist and pianist, undertaking grade exams with the Royal Irish Academy of Music. Her love for group singing comes from the years she spent in her local youth choir and school musicals. She has been lucky enough to perform in the National Concert Hall, the Helix, the Olympia Theatre as well as on international stages as a member of youth orchestras and choirs. Niamh firmly believes that the opportunities her training provided her with has shaped who she is today and in the many benefits music brings to anyone who partakes in it.

Throughout her college years at Maynooth University Niamh was involved with the university orchestra and musical society. Following her graduation with a Bachelor of Music degree, Niamh has been working as the music director of the CIE Male Voice Choir. She has founded her own string group who perform at corporate events and special occasions. Most recently, she has been noted for her achievements as a composer and songwriter, placing 2nd at the Pan Celtic Songwriting Competition and a finalist in the Christie Hennessy Songwriting Contest.

Niamh is delighted to be working as part of the CÓRus team and looks forward to welcoming a year of singing, movement and fun!