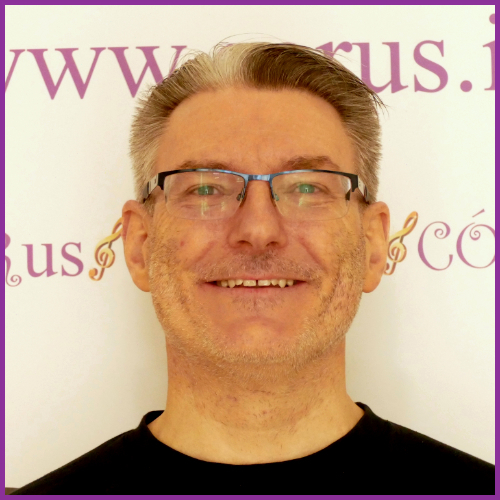 Justin has been involved with CÓRus from the very start and sings with the Rathfarnham and Dundrum classes. He was heavily involved in musical theatre with Stillorgan Musical Company – SMCO for many years both as a performer and choreographer. He went on to choreograph a production of West Side Story with Blackrock College and Mount Anville.

Justin’s role in CÓRus is many faceted – he assists with choreography, event staging and content manages our social media including our Facebook page and Twitter feed.

Eimear joined CÓRus singing classes some years ago which re-ignited her love of singing. She was looking to use her professional skills in a more personal capacity having worked in the corporate world of Microsoft and when the opportunity arose with CÓRus, it fitted the bill perfectly.

Eimear says “I am privileged with the opportunity to use my project management skills and to work as part of such an uplifting, inclusive group as CÓRus. I look forward to the many challenges and opportunities that lie ahead in the dynamic CÓRus environment”. 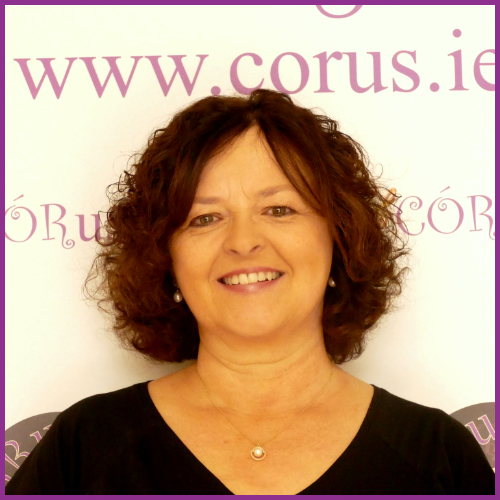 Dara runs her own successful administration services company. Her work with CÓRus combines her love of music with her expert organizational abilities. She has previously held positions in HR and administration in London and Dublin and is now delighted to be part of the growing phenomenon that is CÓRus.

Dara’s talent for recalling names and faces is legendary and her ability to keep the ‘show on the road’ in a hetic CÓRus office is unsurpassed!