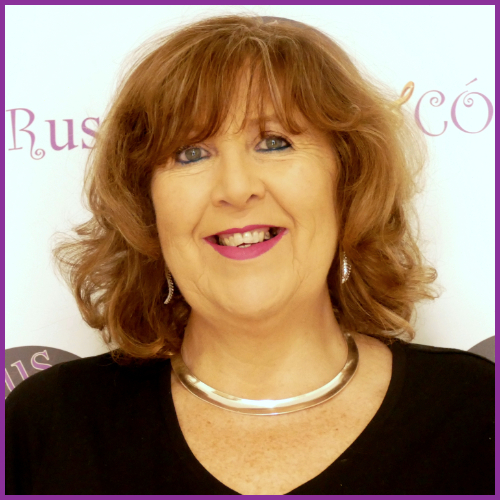 Yvonne McDonald has over 35 years experience working in the Media Production and Education industries. Her long career has involved co-ordinating Irish and international feature films, directing RTE television series, researching and producing live TV & Radio as well as producing and directing documentaries for RTE and TG4. Yvonne has been involved in Education and Training for over 20 years working with the Government funded agency – Screen Training Ireland – designing and coordinating up-skilling courses for the Media industry. She designed Transition Year media training programmes for schools and colleges and founded the Media Magic summer camps for children. For the past sixteen years Yvonne has lectured on the BA & MA in Media and Digital Media at the National University of Ireland in Maynooth.

With her latest partnership venture CÓRus, Yvonne has combined her love of teaching and entertainment and returned to her musical theatre roots to bring the joy of mass singing to the Irish market. Having completed a thesis many years ago on the ‘Mythology of the Musical in times of Depression’, Yvonne firmly believes in the power of music to lift spirits when things are tough! 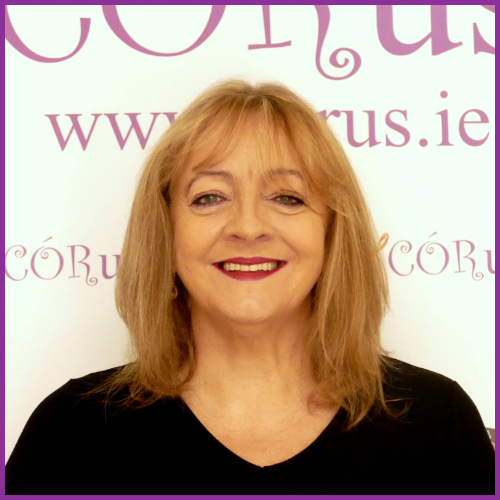 Mary Lowe has over 35 years experience in media and music both as a performer and presenter. Her debut album, titled ‘Mary Lowe – Jazz Diva’, was released in 2006 to great acclaim. Mary arranges and records all harmonies in the CÓRus term songs and along with Yvonne, has developed a unique teaching methodology, which is exclusive to CÓRus. Mary’s greatest passion is teaching and over the last 10 years she has taught hundreds of women and men harmony skills, breathing techniques, range development, pitch correction, articulation and performance of an eclectic range of songs and loves every minute of her time with such enthusiastic and committed singers!